Orlando Adventure days 3&4: Disney World, a diner, and the rest

We woke up early(ish) Sunday morning to get ready for Disney World. I’ve been to Disneyland, but never Disney World and I was pretty excited. I felt lucky to live in a place at least semi-close to such a popular tourist destination, if not in the actual BIG CITY. We stopped to get ready in the morning by picking up some Subway sandwiches, snacks and smart water from Target, and we were on our way!

And of course, Aladdin and Jasmine (making great faces as well):

I had also not been on the It’s A Small World ride. What I learned from the ride: 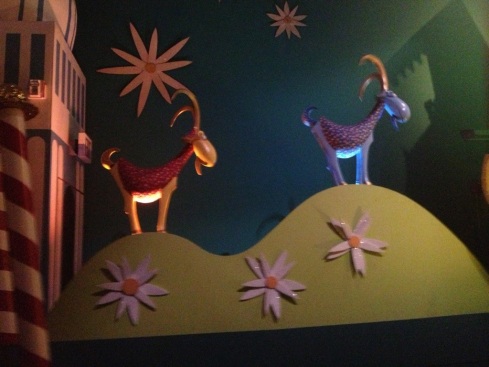 Goats are all around the world.

And lastly, I’ll close the Disney World section with the iconic castle:

The next morning, we started out with breakfast at 5 & Diner. I had the breakfast sandwich on an English muffin and HOME FRIES. SO good. I have been absolutely in love with home fries since having them at a continental breakfast in a hotel on my road trip. These were even better, of course.

We went out to walk around Orlando again after breakfast, and ended up eating at a Latin place downtown where a lot of business people tend to eat lunch, called Latin Square Cuisine. I had the pulled pork plate with a side of yellow rice and red beans. I wanted to try the potatoes as my side, but they had run out! It was a very popular place.

The pork was really tender and garlicky, and you can tell you get SO MUCH of your side choices. They were good too but there was no way I was going to finish all that. It’s a very good value and a quick place to stop for lunch.

Lastly, we stopped at Whole Foods before heading back to the house (and me having to make the long drive home) and I picked up some more macarons. I don’t have a Whole Foods in my area, and I was excited to try them. Normally I wouldn’t buy so many, but they were pre-packaged and so worth it. 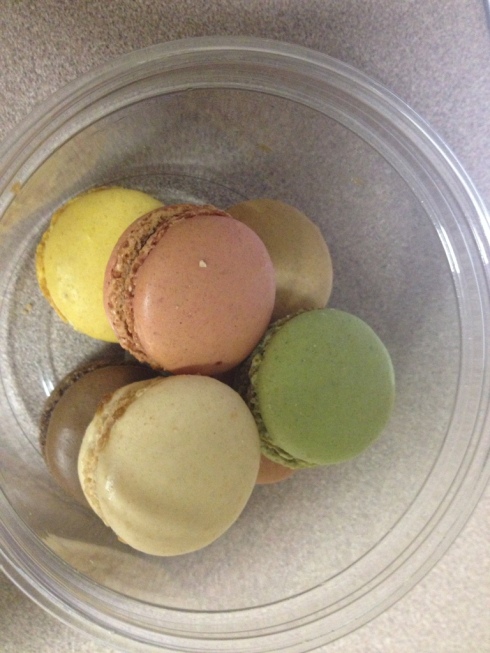 The rosy-colored one is raspberry and pretty much that and the green one (though I can’t place its flavor) are my favorites. If you have a Whole Foods near you and like macarons or just want to give them a try, pick some up. 🙂

This concludes my Orlando mini-vacation recap. Hope you enjoyed. Did you go anywhere over the 3 day weekend? I was glad I could get out of town for a while.