Pike Place: A day in Seattle

My family decided to go downtown Seattle to complete some Christmas shopping and generally do some walking and looking around. It was fun and a nice welcome-back-to-Seattle/Washington activity. Be warned: LONG POST.

The first shop we stopped in was Cicada, which was so pretty. It’s a bridal store in downtown Seattle. We noticed the dresses and had to pop in and look around. Although we made it clear we were just looking, the salespeople were very friendly and told us that the prices listed on the tags (tucked inside the dress) include alterations, which prices at bridal shops typically do not. Also, FYI, they’re having a 40% off sale on their 2012 sample dresses for December. Here’s one of my favorite dresses… 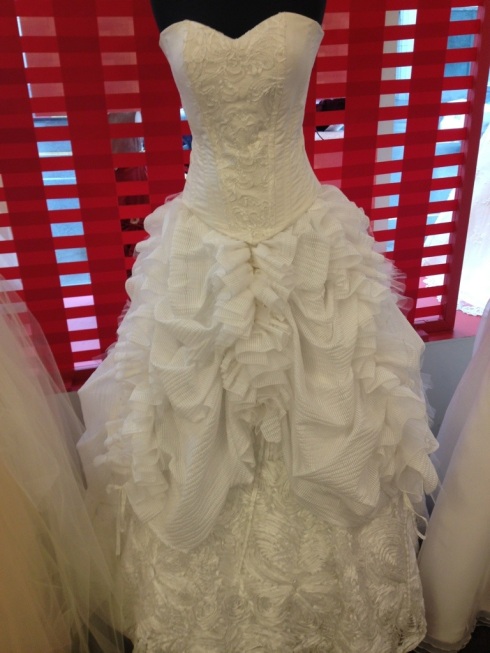 After that we headed down to the market and a few of our favorite standard shops with their own separate storefronts. I thought I’d add in a few of the stores and restaurants we didn’t stop in as well, just to give a general picture of the area. One of these is Crepe de France, which looked delicious…

One of the places I always recall when I think about Pike Place Market is The Great Wind-Up. For some reason I can’t open the website on Google Chrome when I try… but maybe you’ll have better luck. Essentially it’s a shop full of wind-up toys & gag gifts and it’s completely adorable. The space is small, but not an inch is wasted. They even have a testing area for kids (or really anyone) to try out the toys. 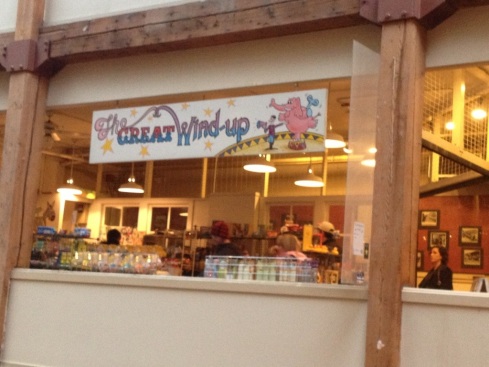 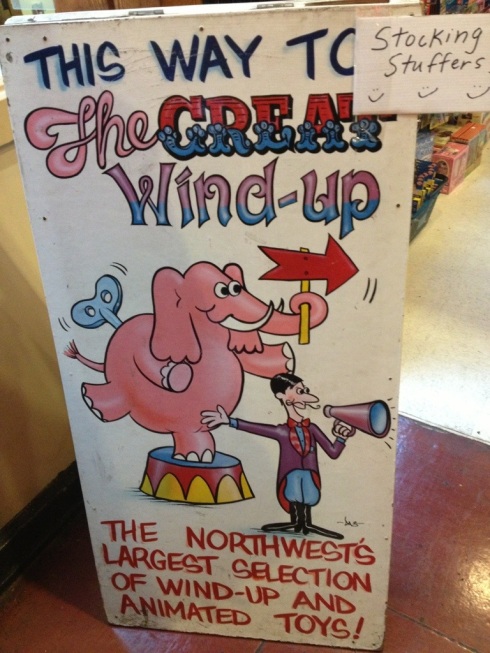 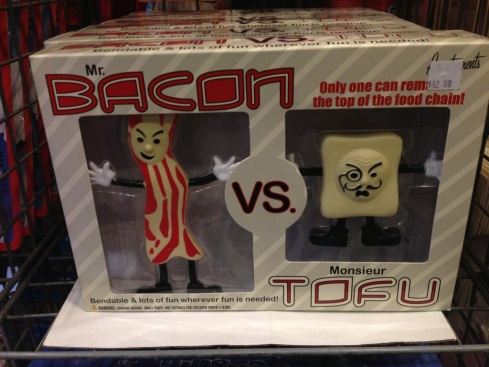 Here’s the Mt. Townsend Creamery. We didn’t go in but it looked great! 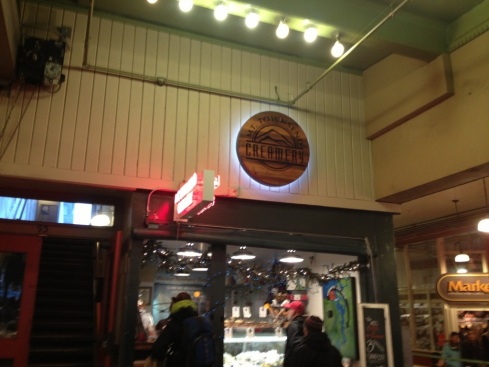 Of course we had to stop and watch the Pike Place Fish Co. guys toss around some crabs. 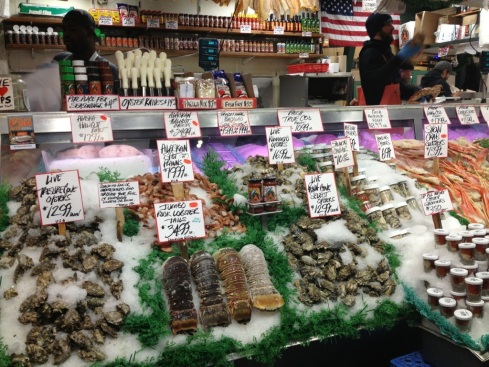 I didn’t catch the sign fully (it was a blurry picture) BUT apparently Pike Place Fish Co. has the only 100% sustainable seafood in the Market. Here’s Don and Joe’s Meats.

We stopped by Market Galbee at the market and I got a skewer of sausage and my parents got an assorted skewer of food. I wish I had been hungrier so we could’ve gotten some good Korean food and bubble tea! Maybe next time.

Lowell’s Restaurant advertised cocktails and looked like a fun place to get a drink. I liked their slogan: Almost Classy Since 1957. 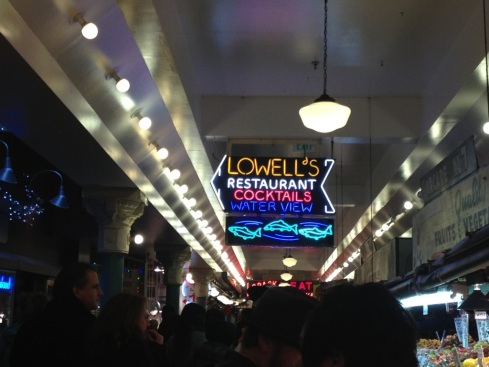 Also, a cute shirt! And a crab apron!

And a lavender goat. 🙂 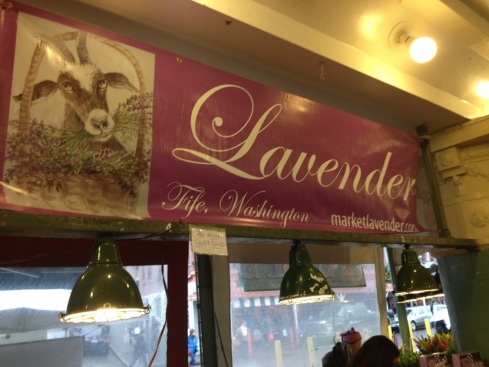 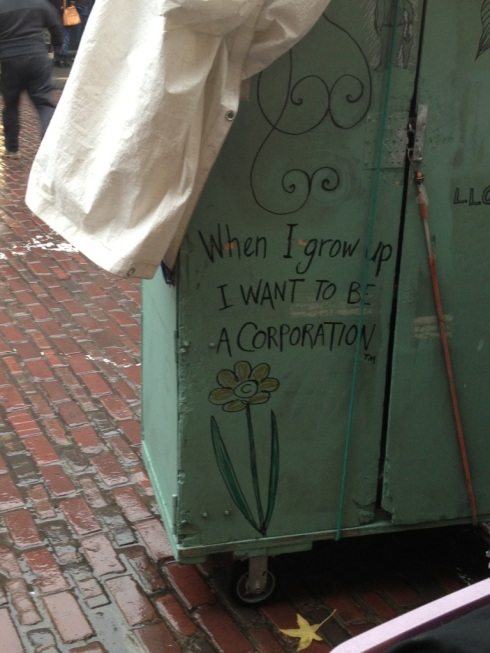 We managed to get a glimpse of the Ferris wheel from a park, even though it was a cloudy day. We also saw it later at night, all lit up! Sorry about the quality especially of the nighttime pictures. We were trying to get home after a long day of being cold. 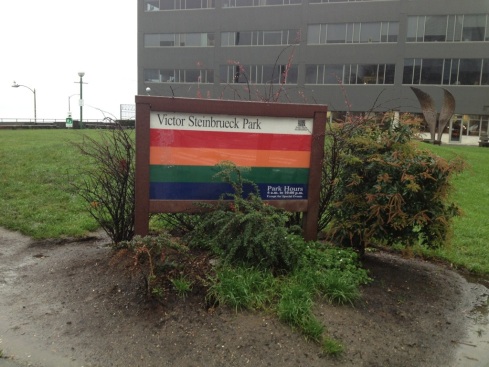 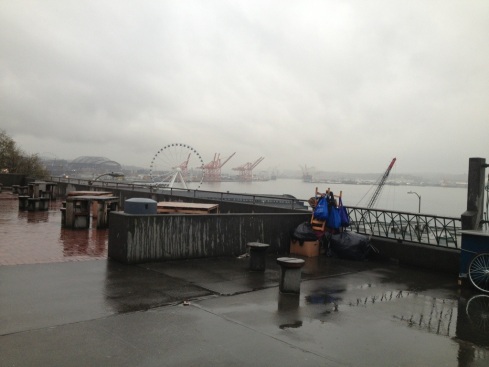 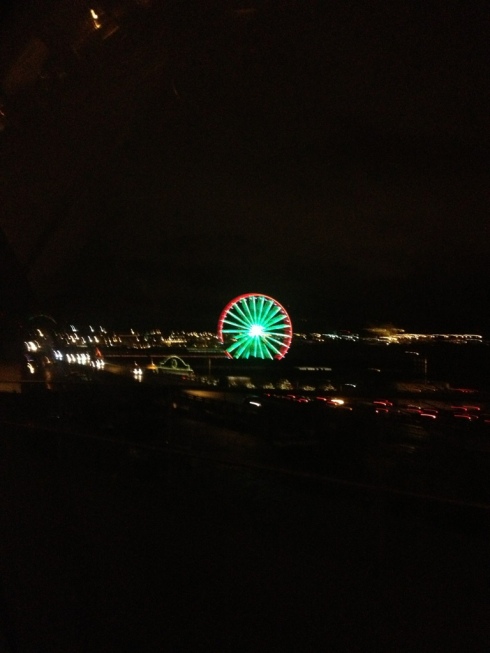 We stopped into Bavarian Meats, a German specialty shop. So many good things in this place.
Especially sausage samples.

We picked out a Christmas Soda for me, and my mom got one of those from the top row, which
we think is a German lemonade.

Meats and cheeses! We picked up some of each. 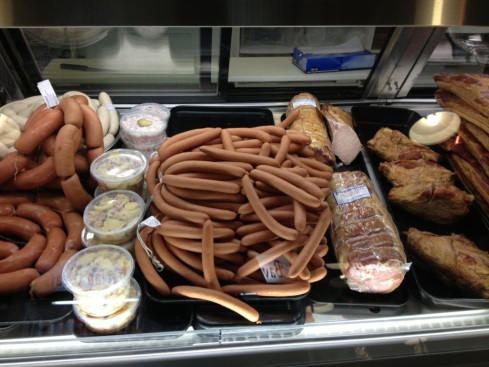 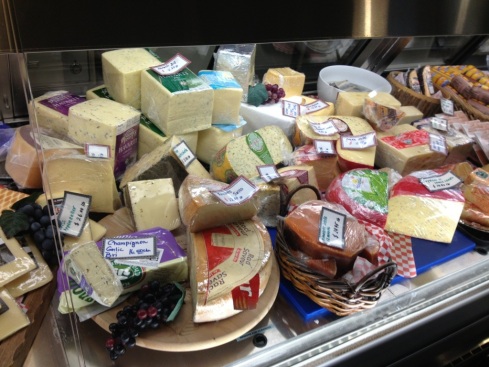 Then we headed into Piroshky Piroshky, a Russian bakery. The only place we went with a line out the door! It smelled amazing as we walked by, so we couldn’t pass it up.

We had to go to Le Panier (French Bakery) as well. We picked up some macarons, bread, and pastries. But no pictures! Sorry! 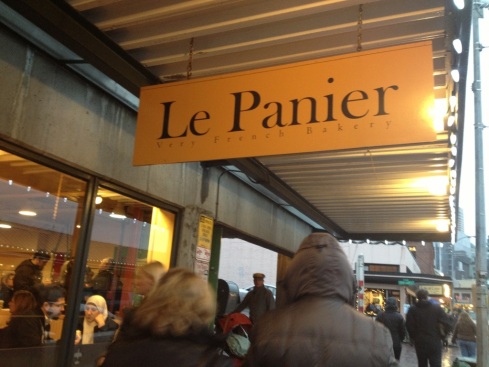 We went around the market a bit more after and came across Pike Place Pigs. Pigs are kind of a big deal around Seattle but for the life of me I can’t remember why. Anyway, they’re everywhere. 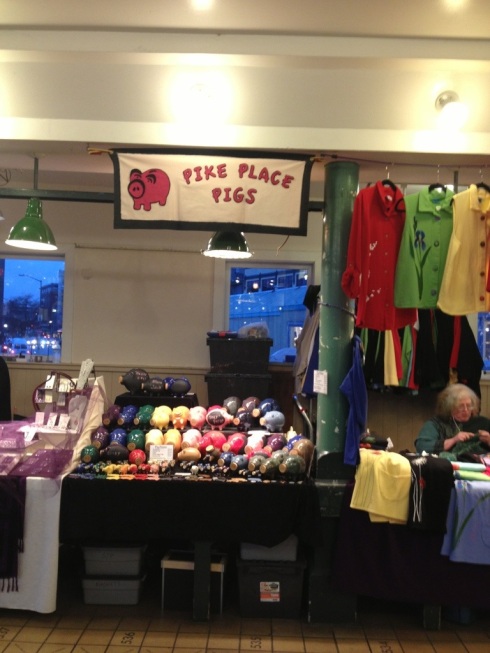 We also went to Free People to pick up some things (yay I love them) but there are no pictures of that. Then we went to Japanese Gourmet Restaurant, and at this point my fingers were freezing so it was a good reprieve from the cold, and gave me a chance to warm my fingers up so I could take a few more pictures after we got out. We were there for Happy Hour, so we ordered a variety of food. 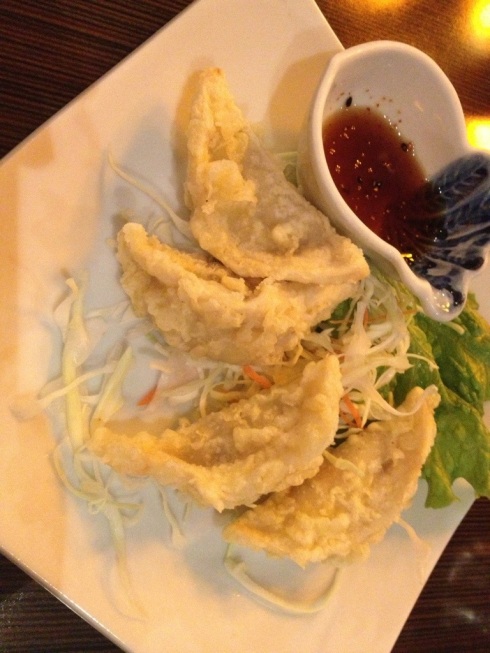 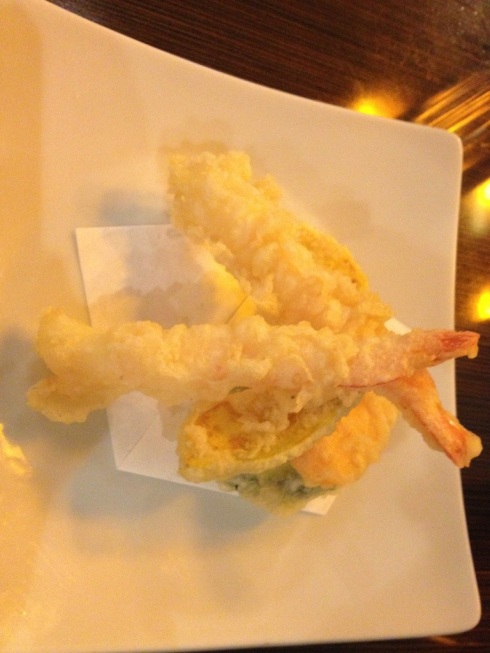 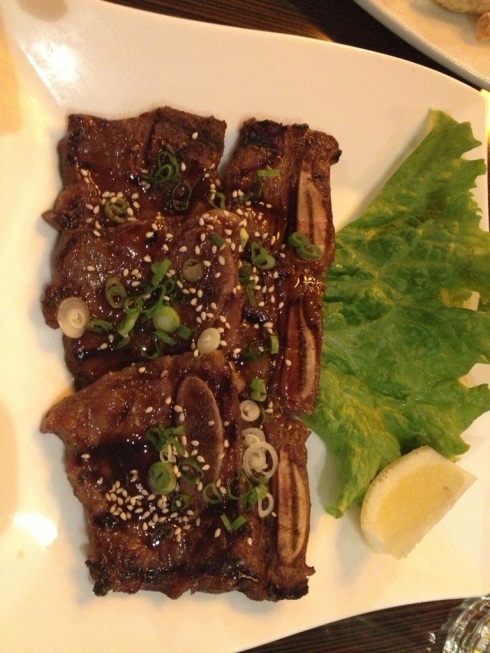 While walking back to the car (yay parking garages) I had to stop and take a few pictures of the market all lit up. 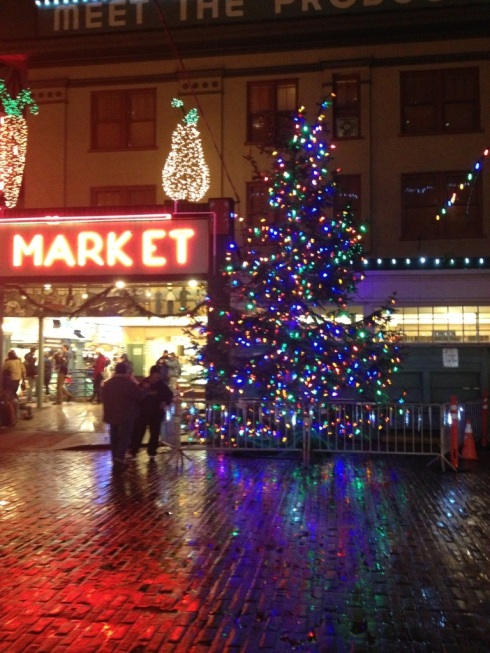 I hope you enjoyed reading about my family Christmastime outing and thanks for sticking with me!